Founder and band leader of The Duhks, Leonard Podolak is an innovator and folk music contributor, touring music festivals throughout the world. Frequently making visits to North America, Europe and Australia with The Duhks, Leonard has shared styles of music from the string traditions of Appalachia, Ireland, Scotland, England, Quebec, and Louisiana, while bringing in influences of Gospel, Blues, Rock, Afro-Cuban, and African traditions. A good deal of dancing happens at their shows! Leonards unique style of Claw-Hammer banjo makes a place for the five string in all of these traditions.This playing is based off of the Appalachian Claw hammer technique but he likes playing jigs and reels and if there’s a Cajun song he plays his banjo like a triangle. If it’s an Irish tune, he plays it like a tenor banjo. And a rock song, a screaming electric guitar (in his mind anyway)!

A Grammy and Juno award winner, along with many nominations under his belt, the biggest accolade came from his hero Doc Watson, who once told him at Merle Fest, that Leonard’s banjo playing on the first Duhks CD “Your Daughters And Your Sons” was as fine a Claw-Hammer pickin’ as he’d ever heard! 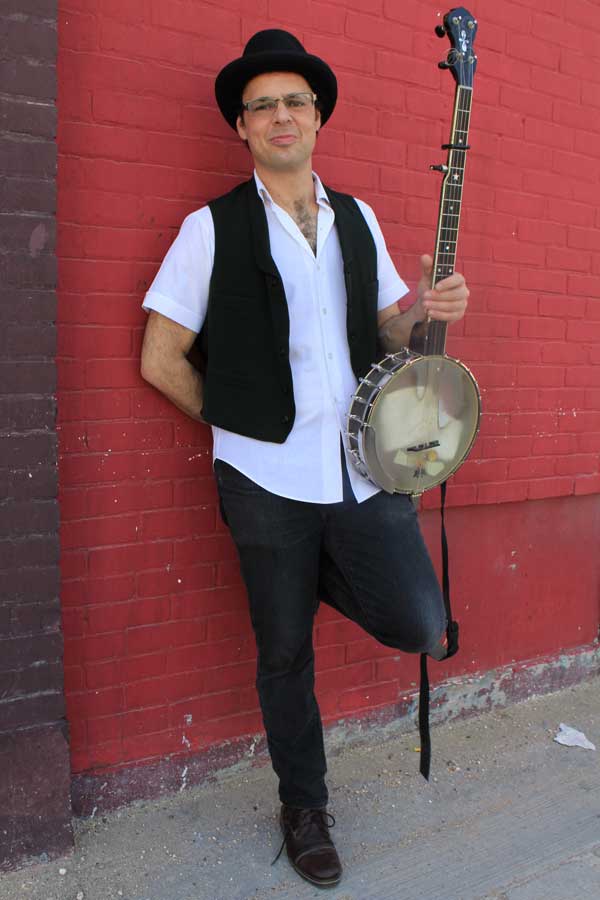